Sometimes a photograph needs an accompanying before and after picture to show that it is real, and this is definitely one of those instances. So many people have asked if this photograph was put together in Photoshop but no, Adam really did jump this high over his family, much to his wife and children’s amusement!

This photograph was taken on a beautiful beach in Rock in Cornwall last August – we had such a wonderful time taking it, and even now I am still so thrilled with the result.

We had been walking and playing on the beach for a while when we came across a giant hole in the sand. Clearly some bigger children had spent a happy time the day before digging it out – I think the fascination with holes is one that will never really end. Even now, I love digging holes and hiding in them when I’m on the beach, and I have many happy memories of digging and burying each other when playing as a child with my older brothers.

Of course the obvious thing to do when confronted by a hole is to jump in, and that is exactly what Poppy and Edward did as soon as they saw it – jump in, jump out, frighten mummy and daddy by large cries of ‘BOO!’, that kind of thing. It was great fun and I was clicking away taking different pictures at interesting angles. Then mummy jumped in too, ever ready to get involved with a game, and then daddy jumped… not in, but over! The children whooped with delight, the most hilarious thing ever!!!!

I have to admit, we didn’t catch the perfect shot on the first take. Personally, I was so surprised that Adam would even think of jumping that high and that far over a hole, let alone that he did it with such skill! But of course, it wasn’t just me shouting ‘again, again’ in the manner of an over-excited Teletubbie!

And Adam did jump, again and again, and this was the result – a classic photograph, even if I do say so myself! 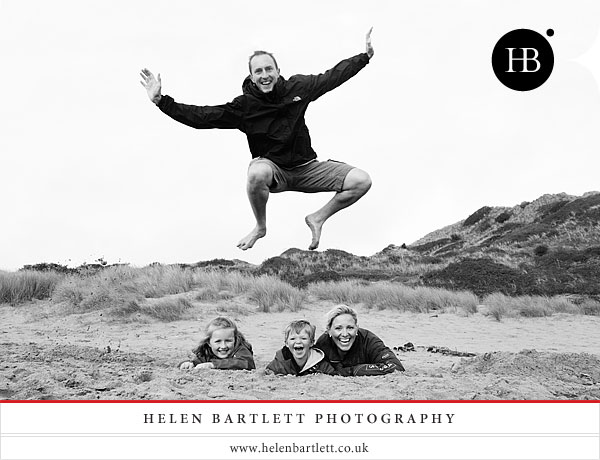 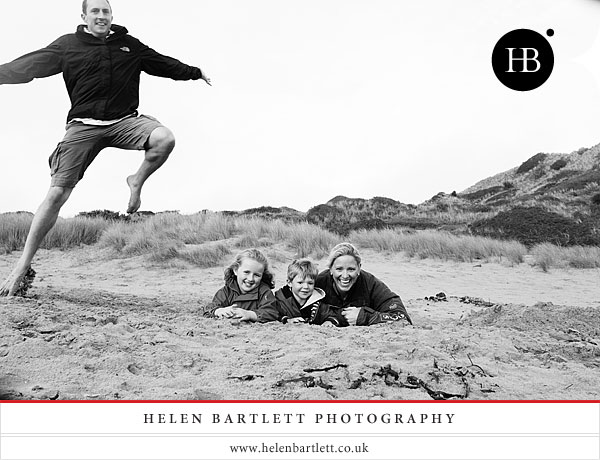 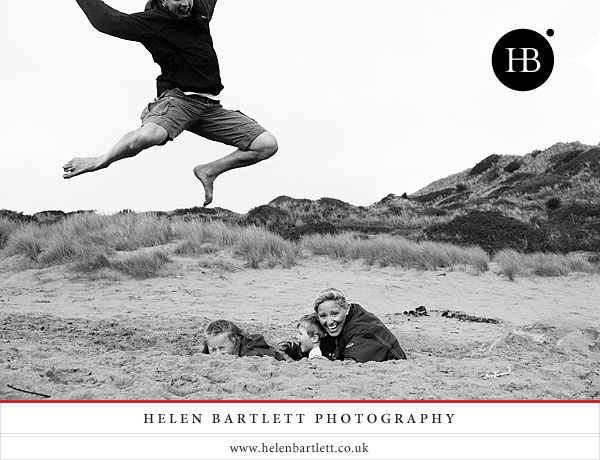 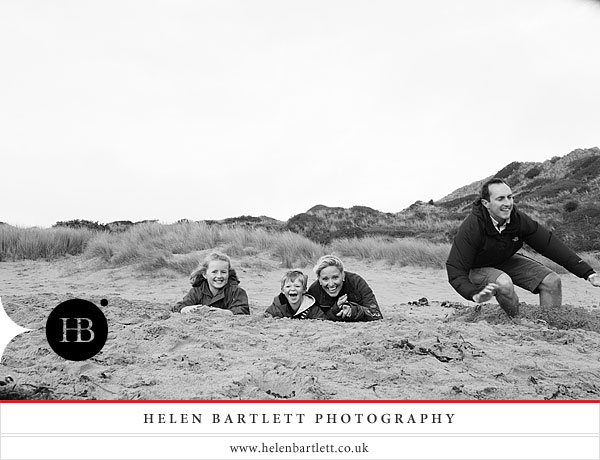