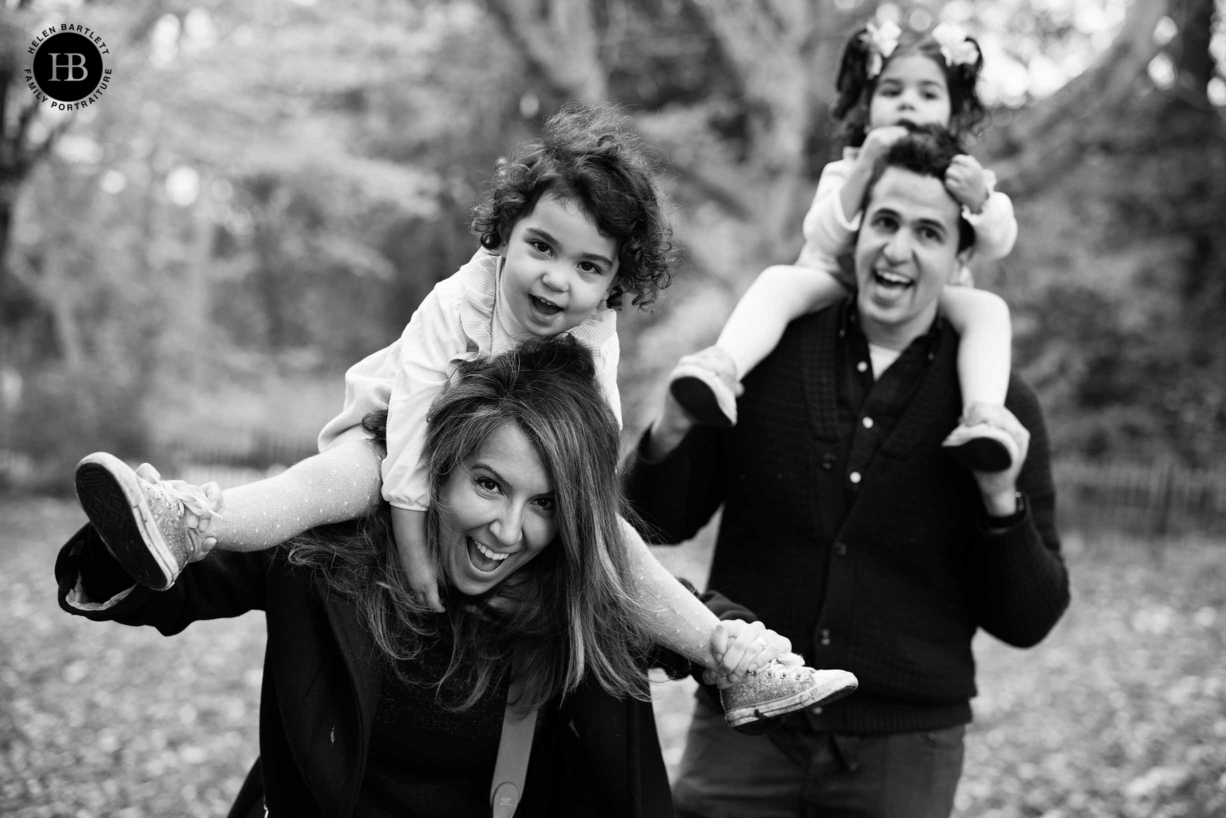 Today’s Sneak Peek is two images, a family picture full of joy from a recent family portrait session in West London and a hilarious picture of the twins putting the world to rights in the playground, both different and both make me smile so much. I’ve been lucky enough to photograph this wonderful family four times now, first meeting them when the twins were newborn, and then having an annual session every year since then. Usually we meet in June but this year, with lockdown, we ended up with an autumn session and it was lovely to take pictures in a different season.

One thing was constant though and that was the amount of laughter. These sessions are always such great fun and laughter has been my main memory of each family photo shoot we have spent together. We had a brilliant morning, exploring the park, playing on the swings and having fun.

It’s been so hard to choose a single image for my sneak peek today so, as a treat to myself, I chose two. The top picture, the family shot sums up the day so well, there is laughter and movement and everyone playing together. I love the sense of exuberance in the picture, there was jumping and running around. I love the composition and the fact that it’ssuch a dynamic family shot, it’s everything I look for in a group photo.

The second picture I just love. Even as I took it I was laughing. The girls, aged three, putting the world to rights in their little house. I love the pose and expressions, I can imagine them in exactly the same poses as teenagers discussing school and friends and then, just the same in their nineties as they talk about the ‘youth of today’. It’s hilarious. The little things make it works so well, Isla’s pose as she stands there, ankles crossed, hands on hips looking down at her sister and Lily looking up, her baby on her knee eyes locked with those of her sister. This is just the kind of picture I’m sure they will both love as adults as it captures a moment, an emotion, a relationship, and is also so funny. I definitely think humour in family photographs is something to be treasured as we know they will make the children laugh as adults.

So, two pictures today as a Saturday treat. I hope you like them both, this sneak peek from a recent west London family session. 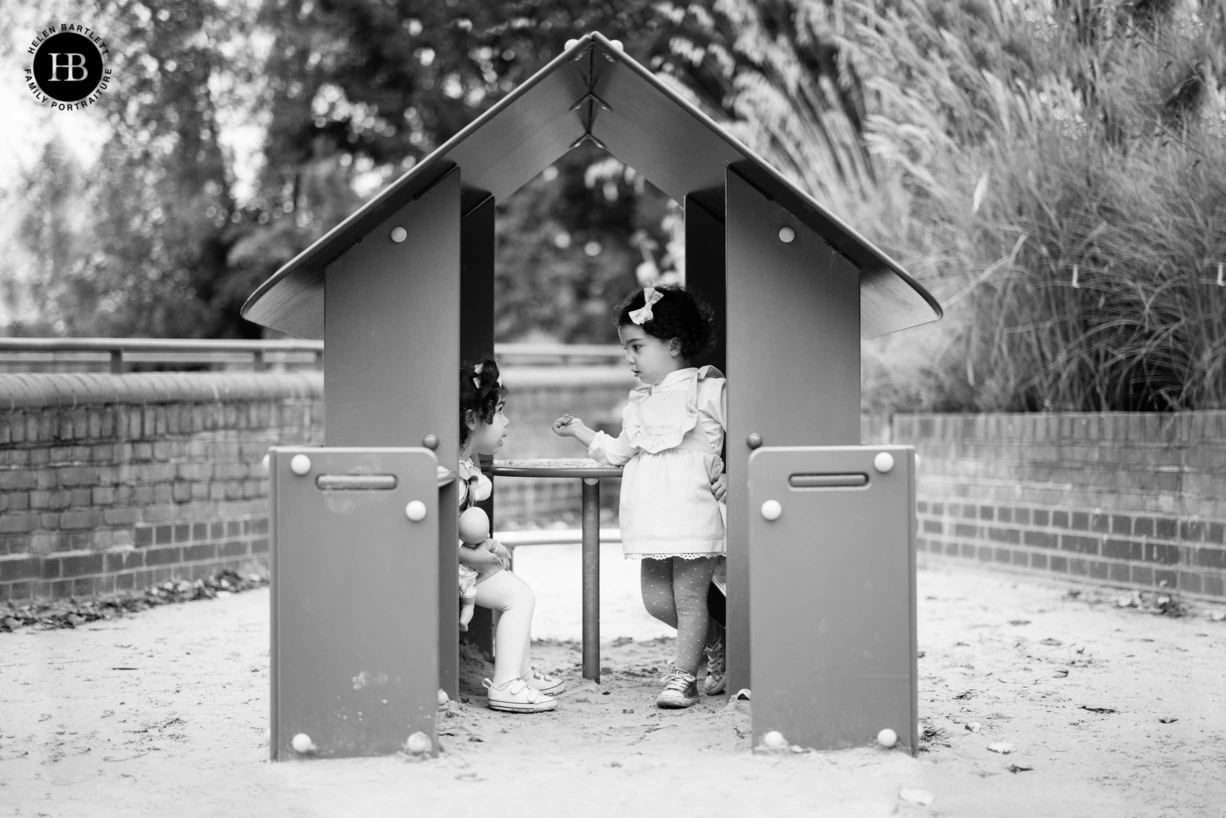