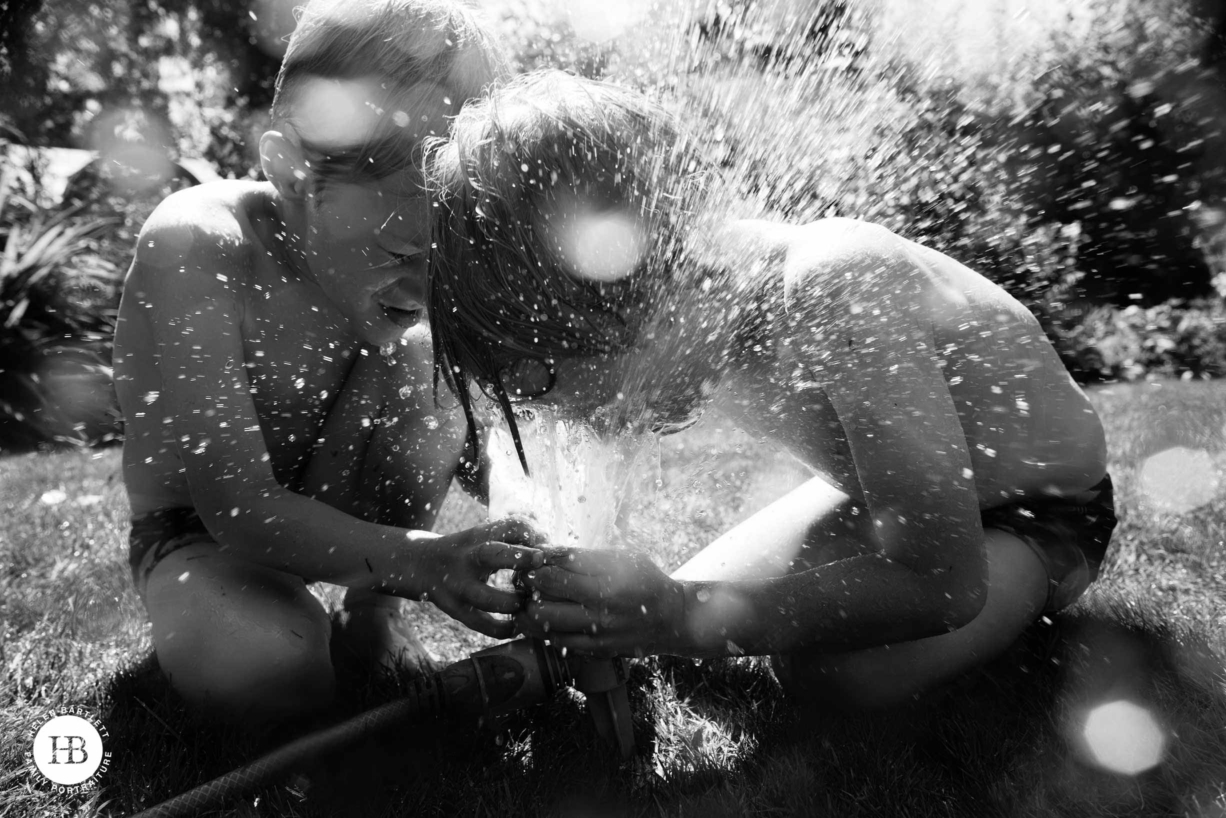 How wet can a photographer get?

The question I’m sure you are asking yourselves as you look at today’s Just One is ‘How wet did Helen get to take that picture?’ The answer is very, very wet but I had such a good time taking it.

I love this time of year, long hot days and, as yet, no hosepipe ban. Many photo shoots are ending with a dip in the paddling pool, a run in the sprinklers or an attack of the water spray. It’s so much fun and the kids love it, running around, laughing, trying to get their parents as wet as possible.

I often try to stay dry-ish, aware of my journey home and the expensive equipment but the inspiration struck, I should just carry spare clothes (and possibly think about some protection for the camera – I’ve just bought an underwater casing that is a plastic bag you put the camera in and it’s such good fun if a little nerve-wracking to use).

This little sequence was so much fun to shoot. Unbeknownst to the children, their mum had put a kink in the hose, cutting off the supply momentarily. Of course, the boys came forward to investigate and inevitably the water was released. It’s a game as old as the hills, or at least as old as hosepipes and never fails to cause amusement to all involved.

The boys found it hilarious as one of the twins got the water straight into his face to both their amusement and, of course, we had to repeat the sequence again and again which was perfect for me.

I’m always astounded by the amount of detail recorded in photographs of water – the spray shooting off in every direction, dancing in the light. Children playing in water has to be one of my all-time favourite things to photograph.

I hope you like this shot and perhaps might like something similar of your own children? While July is now very busy I’m taking bookings in August and also in the autumn and the run up to Christmas, it seems so far away but the second half of the year always flies by. Do get in touch if you would like to know more and I look forward to planning a brilliant session for you and your family. 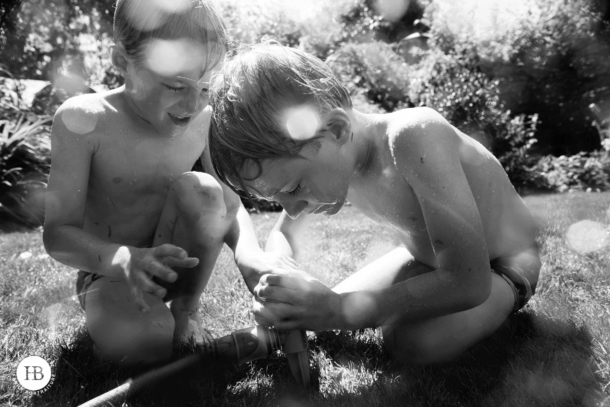 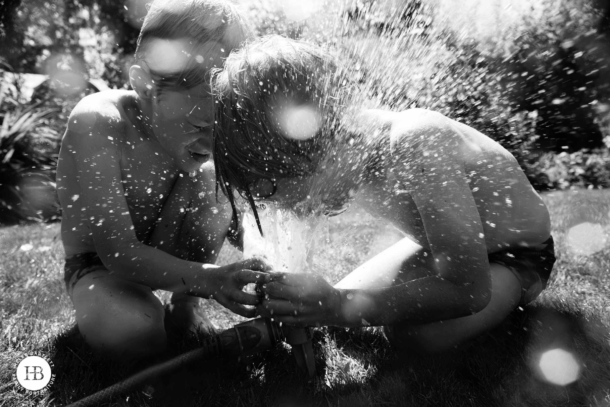 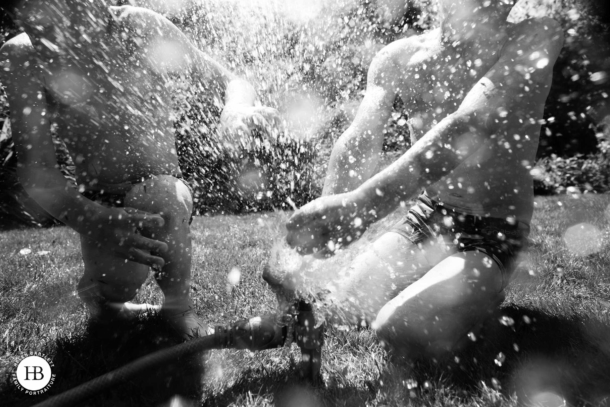 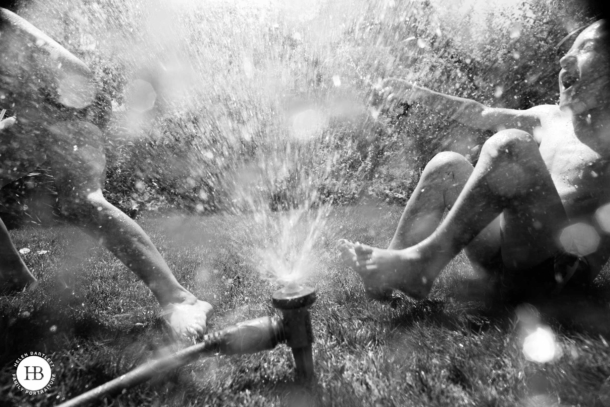