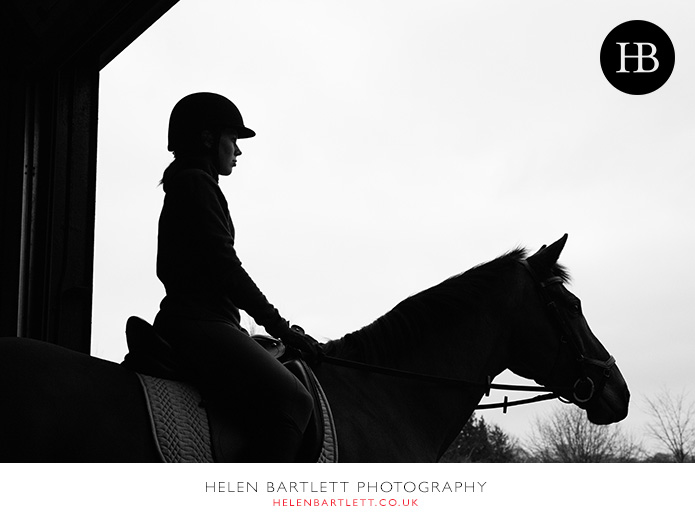 When I first photographed Cate she was two years old, it’s hard for me to believe she is now almost sixteen, time seems to have flown by. The evidence is before my eyes though in the charming, intelligent and interesting young lady she has become. It was such a pleasure to take her portrait at her home in Bath recently.

This was my third visit since the family had moved to Bath and it was lovely to see everyone again and catch up on the news. I always really enjoy family photo shoots that take place outside London as it gives me a chance to see new cities and explore a little. Travelling the night before I was able to relax knowing I would be a short walk away in the morning and also gave me an excuse to go to the cinema and seea film, the indulgences of a night away!

Cate has always been a keen horsewoman and I was thrilled to hear that we would be including some riding in this year’s photo shoot. Arriving early at the country park where the stables are situated we were able to take some stunning portraits in the park before the riding began and it was such fun to include pictures of the dogs enjoying a good run around. The weather was great – thick fog which made for fantastic atmospheric pictures.

I love to photograph in the midst of the action but I also love to take pictures that capture the anticipation, the moment before the big event, the calm before the storm and I love this shot of Cate waiting in the stable door before she heads out for her riding lesson, the main event of our annual photo shoot, it was an easy choice for my Just One. Utilising the soft light that illuminates her features while preserving the dramatic graphics of this near silhouette we have a picture that captures the anticipation of this moment and can be read as a metaphor for the move into adulthood.

I hope you like it as much as I do and I’d love to hear from you if you are interested in arranging your own photo shoot – I photograph children of all ages from newborns through to teenagers and young adults and I would be thrilled to hear from you.