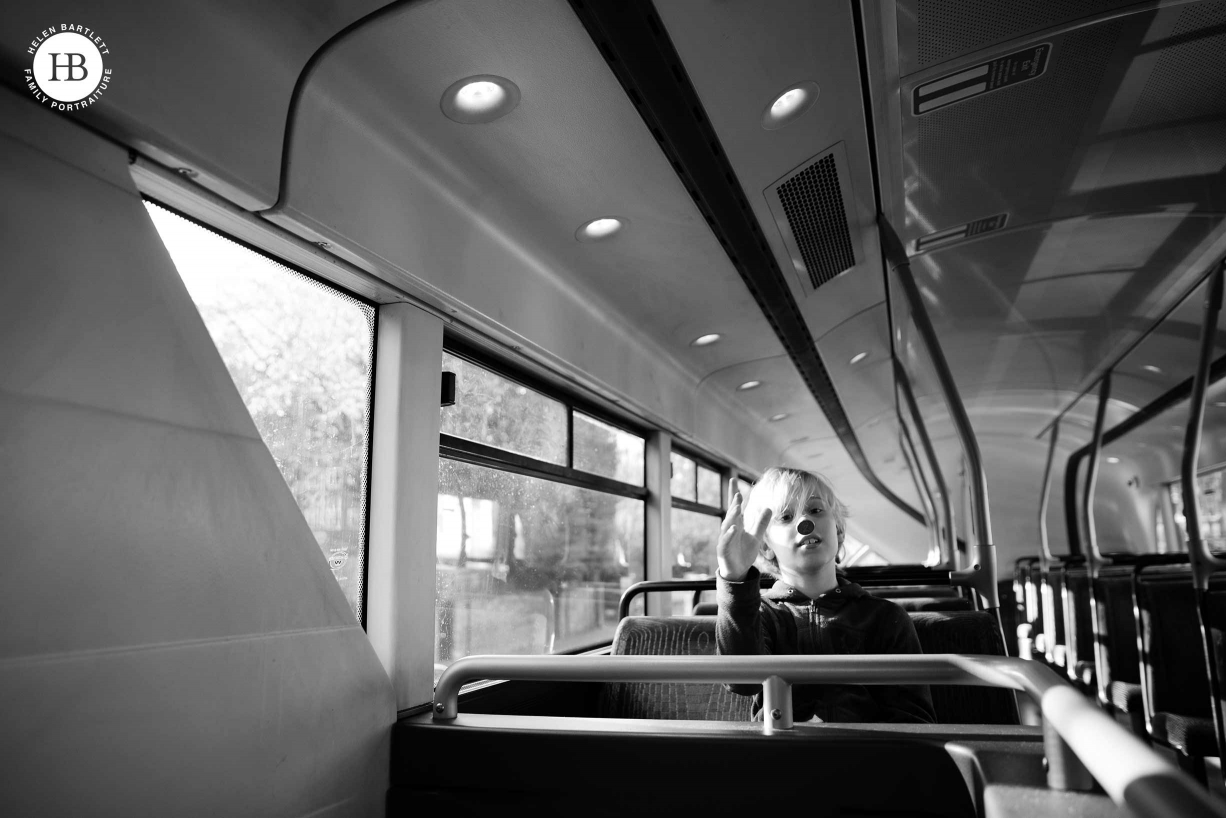 On a weekend that was all about the incredible light I’m quite amused that one of my favourite pictures was taken on the bus.  We often move around London during my photo shoots and I take pictures all the time. Everything is part of the story of our day and you never know where the best pictures will be found.

Earlier in our shot, in fact right at the beginning while we waited for our first bus of the day, Laszlo found a 2p piece on the floor.  Putting it in his pocket he kept it with him for the whole shoot, amusing us with magic tricks and practicing spinning it in quiet moments.  It’s always good to have something to amuse in quiet moments.

Later in the shoot, on the bus from one park to another Laszlo was playing with his coin.  We had the whole top deck to ourselves and it was one of the new Thomas Heatherwick Routemaster buses which I hadn’t been on before, they are such a cool design.

I was taking pictures, concentrating on the lines and shapes on the top deck of the bus.  I worked on leading lines to get a graphic feel to the image.  And then I waited for the action.

I’ve always loved sports photography and I’ll often spend an evening with my head in a book, admiring the work of the Reuter’s team or of my fellow Canon Ambassadors Tom Jenkins, Marc Aspland and Eddie Keogh.  I follow a lot of sports photographers on Instagram.  There is so much that a family photographer can learn from great sports pictures which are all about the moment but depicting it in creative visual ways.

Over the years I’ve noticed a number of photographs of people playing table tennis where the ball is perfectly placed over their nose. I’ve wondered at the incredible skill and timing of those shots and I’ve often tried, and failed, to take something similar when photographing children playing table tennis.  In fact, now I think about it, I photographed Laszlo playing table tennis on our shoot last year, although I went for a very different angle and approach.

But that picture of the ball in front of the nose has always been in the back of my mind and when I saw Laszlo flipping the coin early in the shoot I thought ‘hmm… I wonder if I can get the timing right on that’.  I tried at various points, in the café over coffee, as we walked along the street, and then, in the bus, I got it.

One of those moments where luck favours the prepared, the idea was there, and I’m absolutely thrilled the timing worked out.  It’s an all-time favourite, that is for sure and I hope you like it as much as I do, today’s Just One from my recent family portrait session in London.

Interestingly, as I look at it more, I think the round lights on the ceiling of the bus really add to it too, a serendipitous piece of luck as the leading line of lights brings our eye to Laszlo and the circular coin of his nose.

Of course, I also took pictures that made use of the incredible light, it was the shoot that kept on giving and I can’t wait for next year. 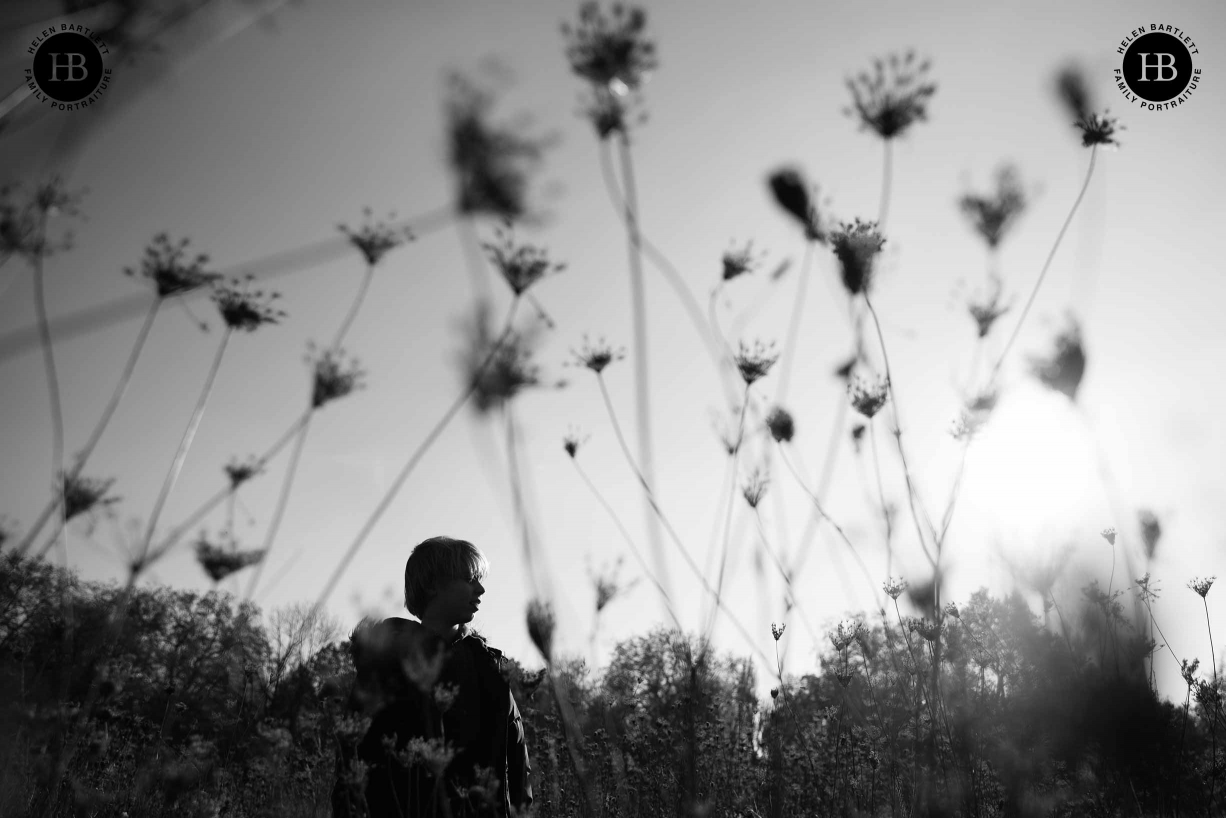