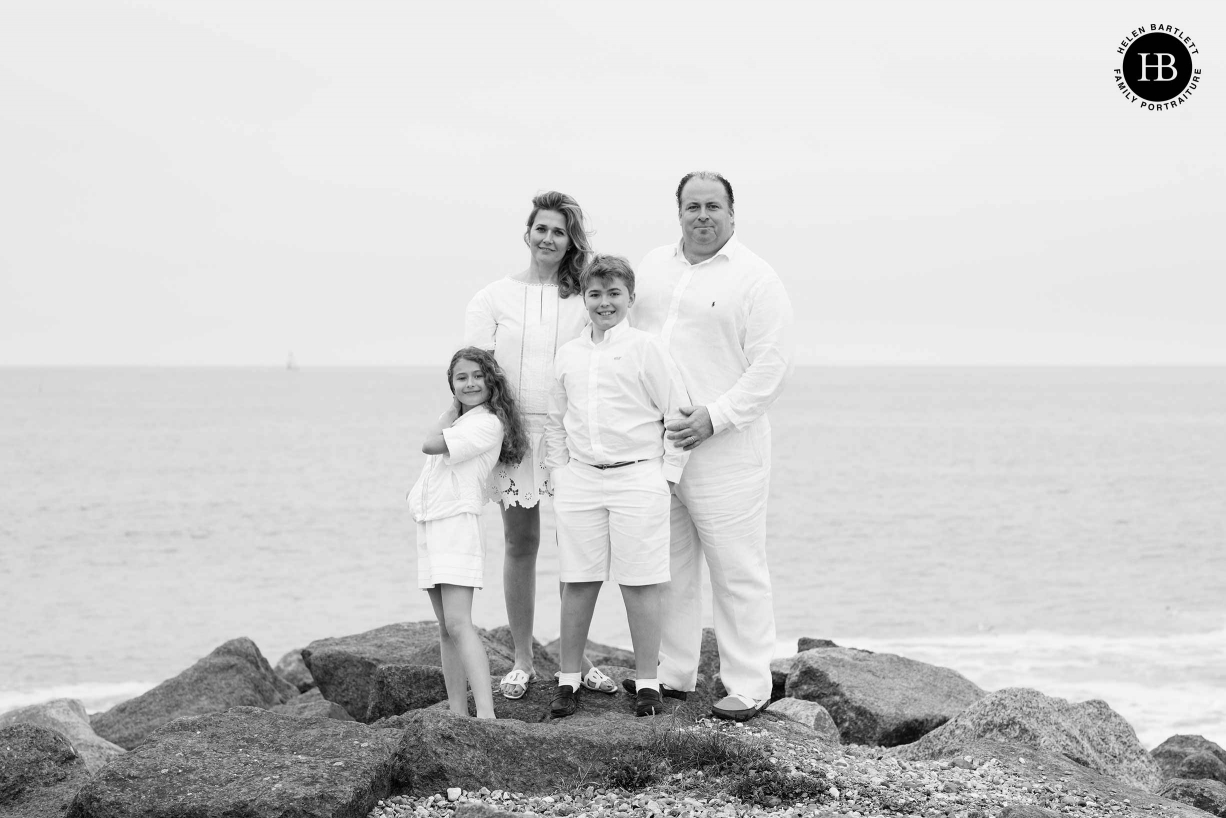 My third photoshoot with Melinda was, without doubt, the best one yet and it’s up against some stiff competition as every time I’ve photographed her children we’ve had a wonderful time.  Our first photoshoot was in London enjoying the parks near their home.  Our second shoot took on a more architectural feel around some of London’s famous landmarks and the river Thames.  For this shoot we decided to venture further afield and headed to the beach at Brighton.

We had an amazing time.  It wasn’t the warmest day but, for photography, that was a bonus.  The beaches weren’t crowded, and we had this delightful soft light that is wonderful for pictures. From my point of view the weather couldn’t have been better (although I admit I was wearing rather more layers than my intrepid subjects).

We started early, really early, having all travelled down the night before and we were out on the beach by 7.15.  While getting out of bed is hard, once you are out and about at that time of day it’s amazing to have the world to yourself and there is nothing more wonderful than being on the beach that early in the day.  The tide was quite high and the sea fairly calm which, along with the lovely soft light, gives an ethereal feel to the pictures.

Our first set of pictures were taken near Brighton Pier, the children loved the stony beach which they hadn’t come across before and we had fun skimming stones into the water and running around.

Then when the chill wind began to bite we headed back to the hotel for breakfast. It was so fun sitting down to a bacon sandwich at 8.30 knowing we had already got some fantastic pictures in the bag.

After warming up with coffee we headed out to our second location Shoreham beach which is where today’s Just One was taken.  Shoreham is a location I discovered a few years ago on a previous photo shoot in Brighton, my client’s grandparents lived in Shoreham and they told me about the incredible rock formations.  Of course, I’d forgotten the name of the beach in the intervening years so there had been a certain amount of research on google earth before the big day.

It was just as I remembered and such a great spot for pictures.  This is one of my favourites from Shoreham and from the whole day.

I love the tones in the picture due to this lovely soft light and the slightly windswept look reminds me of classic English literature and heroines running across wild moors – it’s a totally timeless image.  The family standing together in their beautiful white outfits, it all comes together perfectly and is just what I look for in a family photograph.

I hope you like it as much as I do, today’s Just One from a recent family photoshoot in Brighton.  To find out more about my work do visit my family photography page or read client comments in the reviews section.